Prayer for peace and truth in Colombia amid violent protests 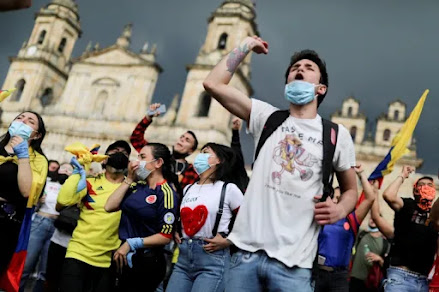 Almighty God, we pray for peace, order and truth in Colombia after five days of demonstrations, protests, looting and vandalism. We are thankful the government retracted the controversial tax reform that began the demonstrations, but are saddened that the violence and destruction continued and that more protests are planned for the near future. Lord, we pray for the mass transit system to be repaired and running as soon as possible, so people can return to work and daily travel. We pray for the injured to receive quality medical care. We pray about the approximately 20 people who were killed in the chaos, that their deaths would be investigated and people held responsible as appropriate. We pray for truth to come out about whether criminal organizations were behind the violence, as well as whether there was any police brutality. Lord, we pray for your peace to descend upon Colombia during this tumultuous time. Glorify yourself in Colombia, Lord. Draw people to you. In Jesus’ name we pray, amen.

Posted by Stephanie Ziebarth at 5:06 PM