Prayer for the people of Aleppo

Lord, today we pray for the city of Aleppo, Syria. The people of Aleppo are so deeply weary after years of war. They are tired of living in fear. And they are angry about the death and destruction around them every day. Now their hospital has been bombed and innocent civilians, including children and international aid workers, have been killed. Lord, shore up the people’s courage. Grant peace to their hearts. Bring out the best in their character, rather than the worst, as they face the ugliness of sin and war. Lord, make yourself known to the people of Aleppo—through fellow citizens, through international aid workers, through your Word, and through people’s help, including prayer support. Lord, please come to the aid of the citizens of Aleppo. We are thankful we can call on you. In Jesus’ name we pray, amen.

Posted by Stephanie Ziebarth at 3:40 PM No comments:

Lord, today we pray about another aspect of ISIS’ evil work: the destruction of sacred sites. Lord, we know places and temples are not eternal. We know it is people’s souls and your Word that last. These are our priority. However, we grieve when we hear of places like the Mar Elian Monastery, Monastery of St. Elijah, the Mar Behnam Monastery, and so many more Christian heritage sites destroyed in the name of a false God. We cry out with the psalmist, “O God, the nations have invaded your inheritance; they have defiled your holy temple, they have reduced Jerusalem to rubble. They have left the dead bodies of your servants as food for the birds of the sky, the flesh of your own people for the animals of the wild.” Lord, open these terrorists’ eyes to truth. Make them know the futility of their deeds. Uphold and strengthen those who seek to preserve sacred relics. And, most of all, uphold and strengthen those who seek to preserve lives. In Jesus’ name we pray, amen.
Posted by Stephanie Ziebarth at 2:01 PM No comments:

Prayer for the Ark project

Today we pray for the life-size Ark project underway in Kentucky, USA, Lord. We have seen a great deal of opposition as the ministry Answers in Genesis has attempted to build a full-scale replica of the ark you commanded Noah to build. Thank you for victories along the way, very notably the federal ruling January 25 that protected Answers in Genesis' religious freedom. Thank you for every person who has given funds and/or labor to help this project come to fruition. Lord, we know the entire purpose of the project is to point people to you and to help them understand your Word and plan. We pray this mission will be accomplished each step along the way, and then in very powerful ways when the Ark opens to guests July 7. In Jesus' name we pray, amen.
Posted by Stephanie Ziebarth at 5:17 PM No comments:

Prayer for safe houses in Colombia

Lord, thank you for Voice of the Martyrs and their ministry through safe houses in Colombia. We are so thankful that women like Luz, whose pastor-husband was murdered by rebels, can relocate herself and her children to a safe house within her nation. Lord, we pray for Luz and the others who are located in safe houses throughout Colombia. Continue to protect them from those who hunt for them. Continue to provide for all the needs required to offer this ministry. We pray that the year-long program providing children with an education and adults with vocational training will be effective, so these traumatized families may return to healthy lives after their period of refuge. May the Christ-centered community these refugees experience within the safe house environment leave a permanent mark on them for their good and your glory. May they be eager disciples of Christ while living in the safe house, but also afterward. Amen.
Posted by Stephanie Ziebarth at 4:36 AM No comments:

Prayer against terrorism in Mali 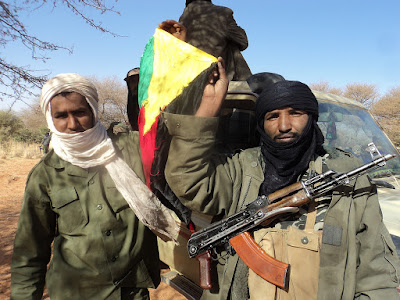 Lord, we are so sad that the people of Mali live in fear, particularly since Islamist attacks have dramatically increased in the past two years. Especially in the southern part of the country, Christians in particular are at high risk of being attacked, kidnapped or murdered. We pray against the work of Boko Haram in this nation, as well as the work of smaller groups that want to join in with the evil perpetuated by this terroristic group. May their plans to establish the West Africa Islamist State be thwarted. May freedom--both religious and otherwise--reign. And may the Gospel continue to spread rapidly within Mali. In Jesus' name we pray, amen.
Posted by Stephanie Ziebarth at 5:33 PM No comments:

Lord, today we pray for Ashti and Jacqueline, believers in Iraq who are providing shelter for refugees fleeing ISIS. Lord, protect them. Keep their relationship with you strong, fresh and contagious. Provide for their financial needs as they generously provide for others. Lord, we ask that you give them special insight into dealing with one particular segment of the refugees they host: the European girls who have been raped and impregnated by ISIS terrorists. Ashti and Jacqueline see the depth of their trauma and their inability to function. Please use Ashti, Jacqueline and their team to bring healing to these girls and young women. Unleash your healing power within their shelter so that refugees who live and then move on from there become testimonies of your mighty grace and power. In Jesus' name we pray, amen.
Posted by Stephanie Ziebarth at 5:21 PM No comments:

Prayer for the healing of sexual abuse victims 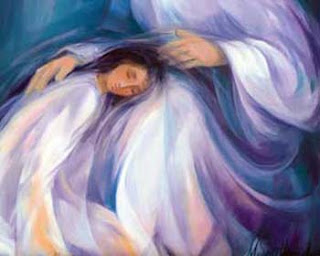 Lord, your heart breaks when you see your children violated. Since almost the beginning of time, both men and women have been sexually harmed in countless ways. What a seemingly insurmountable issue! But, Lord, we persevere in prayer anyway. Today we specifically pray for the healing of sexual abuse victims. Lord, thank you for scientific advances that have provided extra insight into helping these survivors. May advances such as learning how trauma shuts down the left functional lobe, thus fragmenting our memories, bring clarity for victims who wonder why they face such confusion. And may greater understanding of the science behind sexual trauma help not only professionals, but also lay people show greater kindness and discernment as we come alongside those who carry these scars. Bring healing, Lord. May these wounded souls enter the place where their greatest battles become their greatest victories. In Jesus' victorious name, we pray, amen.

For more info: Healing the Wounded Heart by Dan B. Allender
Posted by Stephanie Ziebarth at 4:38 AM 1 comment:

Lord, today we ask your blessing upon those from the Greek Evangelical Alliance who are ministering so sacrificially to the refugees in their nation. Even with their nation's 25% unemployment rate and crushing debt, these Christ-followers welcome the  3,000 migrants who arrive on their shores daily. What an example for the Church, and what an example of the Church! Lord, we pray for their work in Galatsi Hall, as they meet the needs of tens of thousands of refugees who pass through there. May your representatives there continue to provide not only necessities and productive activities, but love and hope, and the Gospel of Jesus Christ. We pray for those refugees who respond to the Gospel in this temporary place to find opportunities for further growth as they continue on their journeys. And we ask for partners to come alongside the Greek Evangelical Alliance as they meet these needs with such limited resources. Multiply their efforts, Lord, as you multiplied the loaves and fishes when you walked the earth. Amen.
Posted by Stephanie Ziebarth at 7:08 AM No comments:


Heavenly Father, today we pray for the gathering of Christian camping leaders that is taking place primarily in Johannesburg, South Africa, over this week. Thank you for using these ambassadors to share you with others all over the globe. Thank you for the powerful avenue for sharing the Gospel that is Christian camping. Thank you for Christian Camping International-Worldwide, the organization committed to equipping and encouraging these leaders so more children and adults all around the world can encounter you in Christ-centered environments that free them from the distractions of everyday life. Lord, bless this quadrennial gathering of these leaders. May they find deep refreshment in their souls through your Word and good teaching. May they encourage and equip each other personally, spiritually and for ministry. May they return to their countries ready to be more effectively used in both evangelism and discipleship. Keep these leaders safe as they travel from the corners of the earth to participate in this gathering. In Jesus' name we pray, amen.
Posted by Stephanie Ziebarth at 12:09 PM 1 comment: