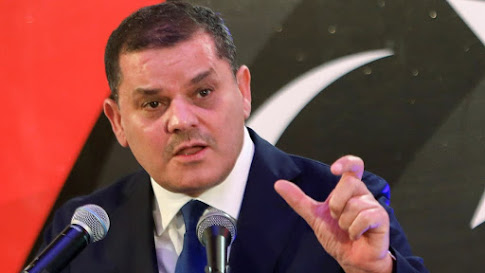 Lord God, we pray for Prime Minister Abdulhamid Dbeibeh as he seeks to lead Libya’s new unity government. After a decade of chaos and violence, we are thankful that the main western and eastern factions that split apart in 2014 have publicly accepted Dbeibeh’s government. May these factions cooperate and unite so their nation can move forward under new leadership. Lord, we pray specifically for Dbeibeh’s instruction of the attorney general to open an investigation into the discovery of bodies in Benghazi. After the Security Headquarters in Benghazi initially denied the existence of these bodies, we are thankful Dbeibeh has brought the truth of their discovery to light and now wants to uncover who they are and how they died. We pray that the investigation will be successful and that loved ones can eventually have closure. Again, Lord, we pray for Libya to work toward peace and truth. In Jesus’ name, amen.

Posted by Stephanie Ziebarth at 1:50 PM