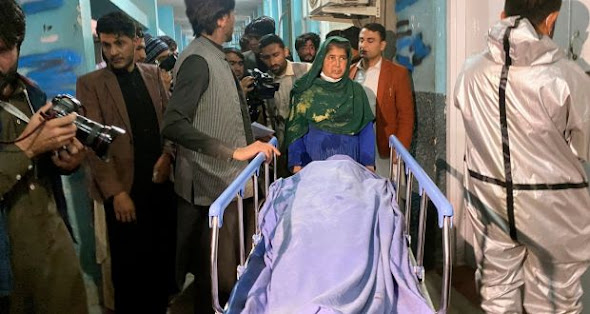 Lord God, we pray against the terrorist intimidation and murder happening in the eastern Afghan city of Jalalabad. With the Tuesday shooting of four female television workers, we see clear terrorization at work. We pray for the loved ones left behind by the three women who died after being shot in the head. We pray that the fourth woman, who is now fighting for her life, will get the best possible care and survive. We are thankful that the suspected leader of the assailants has been apprehended. We pray that he will confess his crimes and confirm the connection to the Taliban if that is the truth that needs to be uncovered. We pray that the other gunmen will also be caught and that all will face justice through a fair legal system. Finally, we pray that the terrorism will fail. May journalists continue to tell the truth in helpful ways, and may freedom of speech flourish in Afghanistan. Most of all, we pray that spiritual freedom will flourish in this nation. Amen.

Posted by Stephanie Ziebarth at 1:06 PM