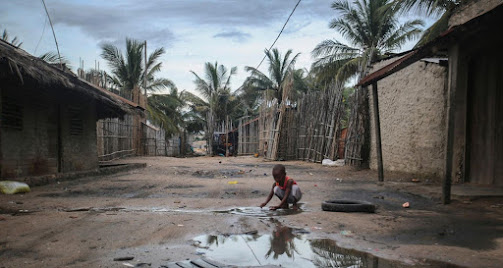 Lord God, we pray for Mozambique, specifically the northern city of Palma. We know that Mozambique is considered by many to be a neglected humanitarian crisis, but we are thankful that you see all that is happening there—including the thousands who have been killed by terrorists and the hundreds of thousands of people who have fled their homes. We are grieved about Monday’s brutal attack on Palma and the ongoing fighting there. It’s disturbing to hear of the Mozambican army troops, Christians and foreigners who were killed that day, many beheaded, their bodies strewn about the streets. The terroristic practices of the Islamic State Central Africa Province disgust us. Almighty God, we pray that the Islamic State group would be thwarted on every side. Lord, we pray for the efforts of the Dyck Advisory Group, which has already saved at least 220 civilians. We pray for more safe rescues. We pray for the tens of thousands of Palma residents who have fled their homes, that they would find safety and provision. Please bless Doctors without Borders’ work with displaced citizens. We pray for the Mozambican government to regain control of the city, and we ask your blessing on the American military specialists sent to help with training. Lord God, we pray for resolution to the root issues in Mozambique, that the nation may regain order and peace. In Jesus’ name, amen.

Posted by Stephanie Ziebarth at 11:39 AM