Prayer about attack on interim president of Mali 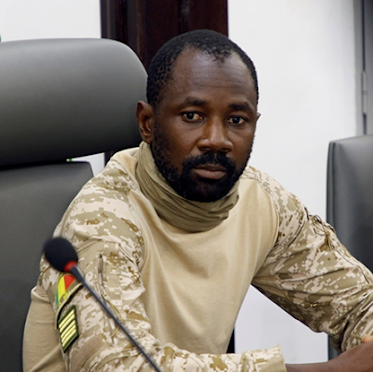 Father God, we are grateful that Mali’s interim president, Colonel Assimi Goita, was unharmed after a man attempted to stab him with a knife. We are thankful for the security members who interceded quickly to disarm the attacker. We praise you that none of the worshippers at the Grand Mosque were harmed. Lord, we are aware of the political unrest in Mali within the past decade. We know that Colonel Goita becoming the country’s president is not without controversy. It is our prayer that the government, pro-government militia, and autonomous groups in northern Mali will abide by the peace agreement they signed, and that they will work together toward stability throughout the country. We pray for collaboration and compromise. We pray that you will work in their hearts and point them to you, the Prince of Peace. In Jesus’ name, amen.

Prayer contributed by guest prayer blogger Brandi South. Brandi South resides in Chambersburg, PA, with her husband, their daughter, and their two rescue cats. She is employed at Shippensburg University of PA and is pursuing a Bachelor of Arts in English, Professional and Creative Writing Concentration. Brandi is a member of Grand Point Church in Chambersburg where she enjoys serving on the Connections Team as a greeter. Some of her favorite scripture passages are Psalm 25 and Ephesians 2.
Posted by Stephanie Ziebarth at 5:51 PM